Surfing Dino was born about 68 million years ago. The man behind the scenes, Benoit Dequick, was born on the first day of the summer of 1985. A general interest in science and technique became clear right away, but an interest in music was non-existent at the time. So, as a child, a mandatory four-year course in music theory was not making him particularly happy. After this, he had to endure another three years of piano practice, including the usual exams on stage. He wasn't fond of that either, and so his mom and dad decided to liberate him from these courses.

As a teenager he had a routine of study, spending time with friends, playing computer games and doing some programming. He started to gain interest in electricity, sound waves and everything that had buttons and switches on it. When he bumped into a simple music sampler program called Mixmaster Pro, a seed was planted. And yes, he was thankful to have followed the music theory courses.

After finishing high school in 2003, he started his studies at the Royal Military Academy in Brussels. In this period his 'music' was still far from being completed, having only just discovered what MIDI actually is thanks to MAGIX music software. Nevertheless, he made a very nice album called Generated in which he mixed 45 tracks of all music styles, reminding us of the artist 2 Many DJs. The album was never released but is available on request. 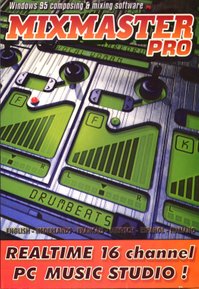 In 2008, after five years of extremes in terms of studies and parties, without ever failing a course (or a party), he got his Master's in Engineering with great distinction. Shortly after he had a management job in logistics. Meanwhile he started using Reason to create instrumental pre-demo tracks that allowed him to finally bring the ideas out of his head and through the speakers.

Then, on his request, his career developed into an academic one. In 2012 he became assistant professor in the field of general and applied chemistry. In 2013 he got an MBA degree with which he started part-time in 2010. At this time, his musical hobby was stagnating. One of the reasons was his new hobby, being acrobatic rock and roll dancing. Despite of not being fond of stages as a child, he and his dancing partner made it to second place at the Belgian Championship in 2015.

Also in 2015, he got designated for another management job in logistics. Consequently, it was not possible to continue dancing because of the 400km round trip to the training sessions. Focus got back on the music and this time it was for real. This resulted in many tracks, some of which have been recorded and mastered. Because of his general interest and curiosity, all these tracks are of different genres.

In 2017 he has the opportunity to continue his academic career as an assistant professor while working on a PhD in the field of hybrid rocket systems. Alongside this challenge, he faces the challenge of building a foundation on which the identity of Surfing Dino can grow. There's no doubt that freedom and nature will be a huge part of this. Going back to basics and simplifying life should inspire listeners to keep their daily reality in perspective, live with a more peaceful mindset and open their eyes for the beauty our world has to offer.

Besides music, Benoit's favourite activities include traveling, surfing and playing golf. It is typical for him to like things that aren't generally appreciated by one and the same person. This principle is also valid in his music choice as a writer but surely as a listener even more. 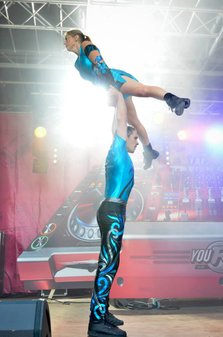